We are the Universe contemplating itself

While reading this article you travel in the only home and true spacecraft that mankind possesses: The Planet Earth. The term “planet” gives us a certain but unreal sense of stability since it means “wandering” and nothing is more true.

That stability on which we all base everything, and upon which the whole recorded history occurred, is a real miracle happening every second of your existence, when all scientific probabilities tell us that there should be no life. Period.

From a scientific point of view biased by the scientific method (which only sees one side of the medal) the chances for a planet to exist, with a nucleus of iron and nickel in a liquid and hyper hot state, rotating to produce a magnetic field sufficiently powerful to be able to deflect the solar winds with which our sun (not the benevolent sun that we have been misled, in fact, our sun is a mass murderer, just ask Mercury, Venus or Mars).

Indeed, in this second we are protected by a huge electromagnetic field, a geo-dynamo larger than that of our local rocky neighbors, which is also the fusion of the core of our first planet, Gaia, which crashed with its sister planet that was traveling the same orbit, Theia, (approximately the size of Mars).

When both brothers crashed 4500 million years ago generating four fortuitous conditions (agnostic scientists will say) but key so that life on the new planet could be gestated after passing through thousands of vicissitudes, today lives its blue stage that allows us to inhabit it. The results of the collision between Gaia and Theia is what we know today as Planet Earth (Although I would call it Planet Aqua).

This clash of Theia inclined the Gaia rotational axis (now, planet Earth the 23.5 degrees necessary for the seasons to be created, making the transition between summer and earthy winter smooth and allowing life to adapt to this gradual transition.

If the Theia had not tilted exactly at this angle, in winter one part of the Earth would be completely frozen while the other would burn under the direct rays of the sun.

The remnants of this mega collision formed the moon, a satellite outside the common; very large for a planet like ours and that keeps the rotational axis of the earth stable in addition to having a series of beneficial effects for the planet such as the tides. A curiosity, which does not seem coincidence that few know and less question: If we can enjoy perfect eclipses on Planet Earth, it is because the sun is 400 times larger than the moon, but it is also 400 times farther. Is it a cosmic chance or a sign that tells us we were made to on purpose?

If we did not have the Moon, the days would only last between 6 and 8 hours and there would be between 1100 and 1400 days in the year.

As we already mentioned, this proto-planetary collision created a powerful geomagnetic core that is inverted regularly (we are already in time for a pole inversion and we have no idea what will happen). We call this region the magnetosphere and it extends over the ionosphere. Without the magnetosphere the solar wind would have destroyed the ozone layer that protects us from the most harmful forms of ultraviolet radiation that would made life so much more difficult to survive. Mars for example lost its atmosphere due to the dissipation of its magnetic field.

As if that were not enough, the Jovian planets, Jupiter, Saturn, Uranus and Neptune, act as shields that attract with their enormous gravity wandering objects that, as we know, could destroy not only life on earth but the earth itself.

Nothing is stable at the speeds we move through the universe.

The planet Earth on which you stand while reading this article, is turning 858,240 km around the sun every day and 6,256,000 km around the center of the galaxy. In addition, the galaxy moves through the universe, (or what we call “local group” as a reference, which is the a group of around 30 galaxies near the Milky Way, being the closest Andromeda 110,000, of light years long, while the Milky Way is less than the middle, 52.85 thousand light years long: Both galaxies will merge within 4 billion years forming the Lactomeda galaxy (I hope to be present in one of my next reincarnations, the nights will certainly be spectacular!)

So the next time you think “nothing happens” well, sorry… there is so much happening at the planetary galactic dimension.

Now extrapolate the craziest fact of them all: It is estimated that the universe is 46,000 million light years in length but due to the acceleration with which it has been discovered the universe expands, we are sure, the are many galaxies that have already exceeded the speed of light with respect to us and we won’t be able to see them ever seen them again

The Universe has been existing for 13.82 billion years since it was born out of nowhere in the singularity that we now call «Big Bang» emerging from an infinitesimal mininmal point, of infinite heat and infinite density.

We think it has 1024 septillions of stars grouped in between 100,000 and 200,000 million galaxies and it is estimated that there should be approximately 50 sextillions of planets with conditions similar to planet Earth (that orbit the Goldilocks zone).

This is the neighborhood where you live. This is the most recent estimate of the shape of the Milky Way inclined on the sides by the gravity of other celestial bodies. Isn’t she beautiful?

Now make this reflection, all this appeared out of nowhere 13,800 million years ago in an infinitely small point. Fact two: You and the universe are not separated, as the great American cosmologist Carl Sagan said: “We are the Universe contemplating itself.”

Sustaining the fabulous phrase of Carl Sagan we must understand it for its great ability to synthesize in so few words what makes each form of life and each of us a real “Cosmic Phenomenon: After the Big Bang only two elements were created: Hydrogen and Helium, but the force of gravity caused them to consolidate in the stars we all know. What we do not gain active awareness of, is that all the other elements of the periodic table were created in the core of superstars that then exploded in one of the most spectacular cosmic phenomena in the Universe: The Supernovas, which when exploded disperses through the universe the matter that composes the entire universe. Thus, all the oxygen you breathe, the iron that runs through your blood, the carbon you are mostly made and more, was created in the core of exploding super big stars. When they did (many of them millions of times larger than our sun), created each atom from which our planet is formed… even more, the matter all the universe is made of (always leaving behind hydrogen an helium).

Moreover, another fascinating fact is the respect that you should have to assign to each glass of water you drink: The hydrogen in that H2O, as it was created in the big bang, is the oldest element in the universe and is 13.8 billion years old.

This is Laniakea, the arm of the universe where we live as a Galaxy, the Milky Way, next to the Local Group, where we also move at 2.2 million kilometers per hour.

So the next time you consider that your life is insignificant, that it has no value, that you would like to throw in the towel and die, remember that this life that you have had to live is unique and unrepeatable: Indeed, in all previous eons and all the eons to come (which are still more since the creation of what Einstein wisely recognized as Space-Time) there will never be another you s you are now, so recognize this unique cosmic event and take advantage of this miracle (because life is nothing but a miracle and you, a particular and unique miracle) and make your ephemeral but magical existence leave a positive legacy to the universe (one of whose fundamental laws is the law of karma) to which you will return both as matter and energy, and because nothing here is destroyed, wait without fear, eager and full of hope what awaits you on the other side. 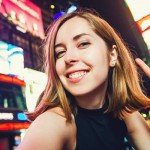 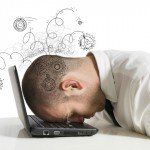 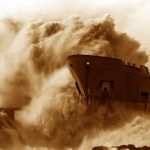 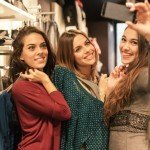 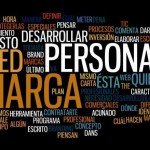 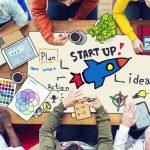